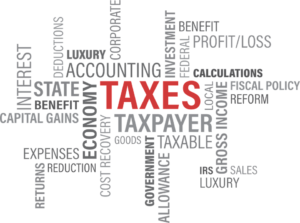 Could there finally be some good news for New York’s federal budget?  Now, that is about to change.  According to news from the Congressional Budget Office, after a staggering 7 years of declines, around $10 trillion will be added over the next decade.

An anticipated deficit shrink is due this year and 2018 before an increase in 2019 and thereafter.  From 2018 to 2027 there would be a cumulative deficit totaling $9.4 trillion and by 2023 that will reach $1 trillion with a projected $1.4 trillion deficit, equaling around 5 percent of the economy.

During a recession, a deficit is actually quite helpful.  But given that the US economy is currently close to full employment, economists advise deficits to be kept under 3 percent.  But central New York is not doing as well as the rest of the nation.  According to the yearly economic forecast given by CenterState’s Economic Forecast Breakfast, the economy in NYC is substantially behind its other counterparts.  M&T Bank regional economist, Gary Keith believes that the outlook for this year is similar for last year. There was an expansion with the economy last year but the growth was not that what it should have been and not like other parts of the country or upstate.