At the end of May, Kim Jong-un’s right hand man General Kim Yong-chol arrived to meet with Mike Pompeo at JFK airport. The reason for the visit was to discuss the “on-off summit” between the two countries. 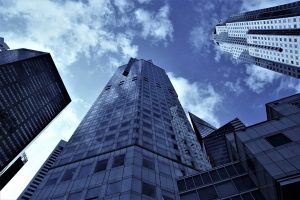 Paloma Partners founder Donald Sussman recalls how in 1998, 37-year-old Columbia University computer science professor David Shaw – who had been working at Morgan Stanley with a “new secretive trading group that was using computer modeling” – asked for his opinion  on an  offer he had received from Goldman Sachs.

“Sussman’s career has been built on recognizing and financing hedge-fund talent, but he had never encountered anyone like David Shaw. The cerebral computer scientist would go on to become a pioneer in a revolution in finance that would computerize the industry, turn long-standing practices on their head, and replace a culture of tough-guy traders with brainy eccentrics — not just math and science geeks, but musicians and writers — wearing jeans and T-shirts.”

Shaw – and partner Peter Leventhol – “convinced [Sussman that] they could generate models that would identify portfolios that would be market-neutral and able to outperform others.”  In other words, a large amount of money would be made generating minimal risk.

Sussman recommended Shaw rejecting the Goldman Sachs’ offer and Paloma Partners made a $30 million investment with D.E. Shaw.  Today the company “has grown into an estimated $47 billion firm, earning its investors more than $25 billion — as of the end of 2016, tied for the third biggest haul ever.”

This is more than just a story about a successful company. It has resulted in a “quantitative revolution [which] has become the biggest trend in hedge funds today, capturing some $500 billion of the industry’s more than $3 trillion in assets and dominating the top tier. Seven out of the top ten largest funds are considered ‘quants,’ including D.E. Shaw itself.”

The massive transformation of strategy has resulted in a situation in which it has become “cheaper and easier for all investors to get into the game, leading to an explosion in trading volume.”

And that can be dated back to a preliminary chat Donald Sussman had with David Shaw in 1998. 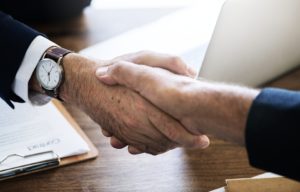 On Assignment – America’s 2nd largest IT staffing firm – is in the process of purchasing the service technology and engineering company ECS Federal for $775 million (in cash).  Once the sale goes ahead, the current CEO George Wilson will remain at the helm with his management team.  Indeed, Wilson said that the firm will remain with the “same strategy, same management team, more resources.”   One thing will change slightly though is the name; on April 2, 2018, when it is all final, the company will be called ASGN Inc.

Roy Kapani will be leaving the firm he established in 2001 but is very positive about the move calling it a “terrific outcome for our company, partners and talented employees.”

In its investor presentation, a deeper comprehension into the sale was put forward:

“One of the largest inhibitors of growth in the federal sector is timely finding and placing technical talent.  On Assignment’s recruiting capabilities will enhance ECS’ performance and value proposition versus government services peers.”

The opportunities that will be available after this acquisition will be access to greater “digital, creative and life sciences [as well as providing clients of On Assignment with] access to ECS’ cyber, cloud, artificial intelligence and agile development capabilities.” 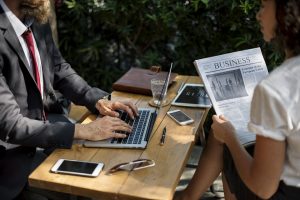 With a boost to infrastructure in America, more jobs are being created. In this video, Norm Anderson, President of CG/LA Infrastructure discusses future plans for taking this to the next level. 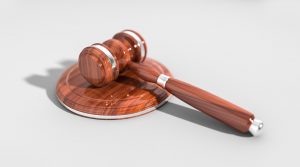 Developed by Andrew Cuomo, the Innovation Vouchers Bill seeks to facilitate the struggle small businesses and startups undergo.  In trying to raise the money for their R&D work, they need backing.    At the same time, educational institutions have the resources for the development of these ideas but lack the projects in real life.  This venture from Cuomo puts the two groups together.

In other New York tax-related news, members of the city council showed support for retailers in the region with their approval for an action that would decrease the city’s Commercial Rent Tax. With this reduction, around 2,700 Manhattan SMB owners will benefit.  As well, elected officials seeking to assist independent neighborhood retailers will positively impact quality of life in New York City. Once the neighborhoods become more attractive, there is an increase in property values and tax revenues in the region.

Solid leadership and trust may be the most important factors for the success of a company. Take Essex Financial Services, for example, which was rocked by a company-wide crisis when its founder was accused of illegal activity and government investigations ensued. As a result, the firm lost several advisors and many customers.

To cope with the situation, Essex Financial elected Charles “Chuck” R. Cumello, Jr. to fill the role of CEO and president in John Rafal’s stead.

“We handled it the way we should,” Cumello said. “At the end of the day, this is a trust business; there is a right way and a wrong way… We navigated some rough waters, but we did what we had to do.”

Theday.com reported that “many of Cumello’s colleagues agree it was Cumello’s steady hand and insistence on transparency that earned Essex Financial their continuing trust.”

John Patrick, president and CEO if Farmington Banks, has also expressed this sentiment. The companies have a joint marketing arrangement. “Chuck kept me abreast of everything,” he said. “He’s done a terrific job considering the situation that he inherited.”

Despite its history, Essex Financial is one of the largest independent financial services companies in the state today. Patrick believes this has to do with the firm’s personal touch.

“Real people are assigned to accounts, and they require an ongoing dialogue with clients,” he said. “We don’t need somebody selling something just to get a commission… They react to the changing dynamics of clients.”

This year’s Happy Warrior Award was presented to John K. Castle, chairman and CEO of Castle Harlan Inc, philanthropist and adventurer.  The award is part of The Alfred E. Smith Memorial Foundation’s efforts to bring hope to all children throughout New York. Keynote speaker at the event was speaker of the house Paul Ryan, and master of ceremonies was Patricia Heaton.

Over the years, the Alfred E. Smith Dinner has raised close to $3.5 million to support children’s charities and educational institutions in New York City.

How much does it cost to live in Manhattan on a day-to-day basis? This video chronicles an estimation of everyday living, featuring a metro ride, lunch, coffee, and a dinner. 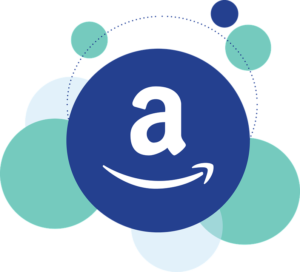 Amazon is building its first fulfillment center in Staten Island, NYC. This warehouse will ultimately be responsible for the provision of 2,250 new jobs, where workers – together with the firm’s robots – will pack and ship orders to the tri-state area.

Given this, the company hosted a job fair on August 2, so that it can fulfill its goal to hire 50,000 new fulfillment employees over the coming months. On that one day alone, the firm received 20,000 applications for the positions which begin at $12 per hour plus benefits.

Barclays Bank is also anticipating job creation in New York.  As a reaction to Brexit, the investment bank is likely to feel the pain with lawyers joining bankers in moving away.  According to Barclays investment bank architect Bob Diamond (based in London), “People are beginning to understand Brexit is going to be far more profound and long-lasting than they thought. I’d be very surprised if support services and legal services don’t move,” which will ultimately be beneficial to New York job seekers.