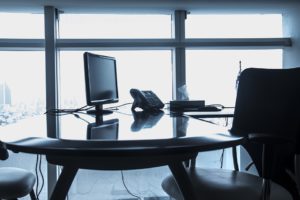 Thanks to Spotify an additional 1,000 jobs will soon be available to New Yorkers.  With the upcoming move of company headquarters to Manhattan at 4 World Trade Center from its current location in Sweden, in early next year and the “World Trade Center Rent Reduction Program rent credits” being bestowed on the company from the Empire State Development (ESD), substantial growth for the firm is anticipated.

Snapchat and Etsy have also received such credits from ESD.  All of this is an effort to keep talent in New York and such tax incentives have helped to create nearly 2,000 jobs while retaining more than 1,500 in the state of New York.

Indeed, looking at figures from the end of last year we see that Rochester had some impressive gains in the job market.  Both the non-farm and private sector encountered a spike (4,400 and 4,200 respectively) in employment while the region’s overall unemployment rate remained static at 4.7 percent from 2015. And then the Solar foundation reported a record high level of employment with 260,077 workers in late 2016 (with a growth of at least 20 percent for four consecutive years).

Finally according to a recent article by PYMNTS, “the economy is showing continued growth in everything from consumer spending and job growth to manufacturing,” based on data from a report in The New York Times.  Retail sales increased 0.4 percent in January (0.8 percent when auto sales are excluded), and the Consumer Price Index increased by 0.6 percent.

So there is room for optimism for New Yorkers when it comes to the economy.  Post-election panic is perhaps not as necessary as it may have been anticipated.