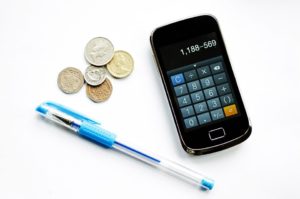 How much money are New Yorkers spending on their Fourth of July celebrations?  It seems quite a lot. The biggest attraction is probably Macy’s Fireworks, now in its fortieth year.  That causes a lot of expenditure and huge attention.  Millions came to watch it live – America’s largest firework display on the day – with Queens and Hunters Point Park being popular viewing areas.  Macy’s promised it would be their biggest one since the 2000 millennium party they provided.  And it was, with 56,000+ pyrotechnic shells, 22 hues and the New York debut of pyro-writing in the sky, it was a show not to be missed.  And very patriotic at that, with everything synchronized to America’s most patriotic songs.

And talking of the songs of Americas, the US Air Force Band played ‘This Land is Your Land’ and ‘Stars and Stripes Forever,’ while Jennifer Holliday performed ‘America the Beautiful.’

From fireworks and music we move over to food and Americans sure do know how to enjoy the odd hot dog or 7!  According to the NRF $6.77 billion is spend on food for the day.  It helps of course that July is National Hot Dog Month. The National Hot Dog and Sausage Council has estimated that out of the 20 billion hot dogs that Americans consume on average each year, 155 million are consumed on July 4.  And then of course there was tremendous expenditure on all the picnics, barbecues and baking contests dotted around the nation in red, white and blue.

Other expenditures included a total revenue of $1.09 billion on fireworks and $4.4 million for imported flags ($4.3 million from China). So all in all, celebrating America’s independence is truly a “fourth” to be reckoned with when it comes to spending money in New York and other patriotic regions in the States.