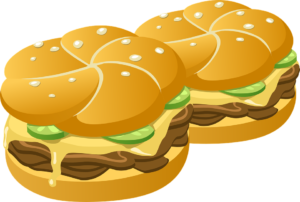 Vegetarianism has been around for years and going meatless is nothing new.  But going meatless with meat is something new and it’s happening in New York thanks to “Impossible Foods.”  The brains behind the company that “discovered that heme is the ‘magic ingredient’ that makes meat look, cook, and taste gloriously meaty,” is a team of scientists led by Patrick O. Brown, M.D., Ph.D.

And it is New York that is going to be the first beneficiary of this delicious, healthy, ecological-friendly flavor.  At Momfuku Nishi, the Impossible Burger will be on the menu attracting both meat- and vegetarian-lovers alike.

Brown began his mission due to a desire to “reduce the environmental impact from eating meat.”  Developing a composition including water, heme protein (found in animals and less so in plants), coconut oil, natural flavors and textured wheat protein, the “meat” flavor emerged.  While all ingredients are crucial to the ultimate flavor, it is the iron-containing molecule heme that is the true gem of the burger, giving it its authentic blood red color and iron-y meat-like flavor.

If it really succeeds (and at this point there’s no reason why it shouldn’t), the health results could be phenomenal.  According to the WHO, “every 50 gram portion of processed meat eaten daily increases the risk of colorectal cancer by about 18 percent.”  Not to mention the issues caused from killing cattle required to make the typical juicy blood burger.

And economically it’s already enjoying success.  At a Colorado Whole Foods market it was reported that a competitor’s burger was sold out in an hour, with, according to Evelyn M. Rusli, a taste of “somewhere between beef and turkey,” clearly indicating its popularity and hope for the future. And with the use of 95% less land, 74% less water, 87% less greenhouse gas emissions and completely zero hormones/antibiotics, everyone is a winner.