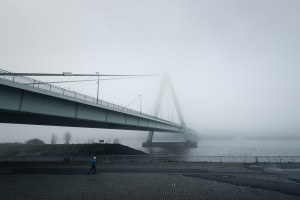 Like many large cities in America, New York struggles to cope with an aging infrastructure. Add to that fact that increasingly more people are moving to NYC and you’ve got quite a situation on your hands. Projected growth is anticipated at half a million over the next 20 or 30 years so how is the state dealing with all of this?

One recent response to the infrastructure needs of New York Coty was taken on my Deputy editor of Metro, Mike Luo via the New York 101 initiative. It was developed in an attempt to “create a new beat that would break out of traditional coverage areas (transportation, schools, crime) — and out of an 800-word print box. New York has what’s been called the champagne of drinking water.”

Further, recent research reported in The New York Times found that infrastructure is an important issue for New Yorkers. Unfortunately though, a delay on work to be undertaken on NYC’s third water tunnel was incurred. This project has been underway by Gotham for 46 years, at a price of $5bn. This is bad news. According to a reported in The Atlantic “The average age of New York City’s 6,400 miles of sewage mains is approximately 84 years, for example. Its 6,800 miles of water mains are approximately 69 years old.”

Better news is in NYC’s infrastructure future though. A state budget that was passed comprises $27 billion to be spent on bridges, roads and other such infrastructure in Upstate New York. Some of the largest projects in the Central New York area are part of this. Examples of this are: the $32.6 million to be put toward operating assistance for Centro buses, run by Central New York Regional Transportation Authority. $32 million will be spent on CHIPS for local bridges and roads. $18.3 million on Route 104 project to put 3.7 paved miles along Route 104 in Oswego, improving the and make improvements including at the Oswego entrance; $10 million to replace the 80-year-old bridge carrying State Route 11 over the Oneida River/Barge Canal in Brewerton; and more.

True New York has various infrastructure issues. But there is a lot in the pipeline being undertaken to improve this.