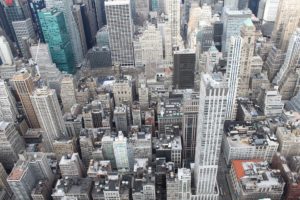 There are currently some extremely substantive projects underway which will develop New York City’s infrastructure quite significantly over the next few years. Large funds have been and are going into these and this article looks at some of the major ones.

In addition to the one that has already happened at the beginning of this year (the Second Avenue subway line that was a century in the making and cost $4.5 billion) there is the construction of the real estate project at Hudson Yards, which has been deemed the most expensive of its kind in American history. Then there is Cornell University’s construction of its fancy new campus featuring classrooms, a hotel, eateries and stores for its graduate students.

Since the 9/11 attacks NYC has also been working toward the renovation of the site where the Twin Towers were destroyed and now the Freedom Tower has been erected which is New York’s tallest skyscraper, along with a new transit hub, the memorial, museum, mall and park.  Two more towers along with a small church and arts center are still being constructed with everything due for completion in the next three years.

Essex Crossing (across from the lower east side in Manhattan) will have 1,000 apartments which will be available for low to moderate-income residents and feature a Regal movie theater, street market, cultural space and bowling alley.  Others of the large scale constructions in the work include: Hunters Point South (a 30-acre project over in Long Island City, Queens which will likewise offer affordable housing), Pacific Park (again with a lot of lower rent priced apartments – 2,250 of which will be lower than market rate – as well as an eight-acre park, and a variety of shops to Prospect Heights, Brooklyn) and Industry City (which is a major redevelopment  featuring a hotel, stores and a 16-building hub for tech startups).

New York City is clearly undergoing some major construction for enhancements over the next few years that are set to really benefit lower-income individuals and families.