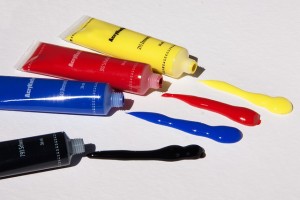 New York art is a great investment. According to Christie’s, just recently one of Mark Rothko’s paintings – ‘No. 10’ – sold for a staggering $81.92 million. Not only was that a huge price but it was actually close to twice its estimated value.  His highest paid work to date was the painting ‘Orange, Red, Yellow,’ which, three years ago sold for $86.88m.

But that’s not all for New York. In a mere three days, Christies sold over a billion dollars worth of art which beats the world record for art and puts it to the next level, higher than Sotheby’s. in addition, ‘The Women of Algiers’ at Christie’s sold for $179.4m following a tense 11-and-a-half minutes of ferocious bidding from four to five prospective buyers. This was the highest price for any piece sold at auction.

This is significant not just for the art world, but for the economy. Indeed, according to Abigail Asher, an art consultant, it is indicative of the presence of “a new type of buyer in town.” She explained, “the past few years have been building up to this moment. A new class of buyer has entered the market and they’re prepared to pay staggering sums for trophy pictures….[recent sales have become] a spectacle of excess at the highest level”.

What’s good for art therefore, seems good for the economy.