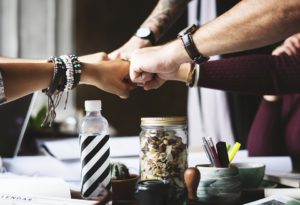 The City of New York is attempting to assist small business owners, as well as businesses owned by minority groups.  The way they are doing this is through certification.  One example was what happened with black-owned business Dabar Development Partners back in 2009.  Being certified by the city as a “minority-owned business,” the firm’s owner, Dawanna Williams was thenceforth awarded over $100 million in city contracts. This resulted in an increase in steady revenue as well as putting her and the business more in the spotlight, leading to even more business.

Companies can be certified either as a minority or woman owned-business (M/WBE) within the city of New York.  As if that wasn’t positive enough for NYC, it just so happens that women and minority business owners are at the prime time for opening new businesses.  For the first time ever, city agencies are joining together to assist owners of local small businesses by reducing bureaucracy and streamlining the process of opening a business in the city, thanks to the Small Business First plan.

In addition, the Mayor has recognized that facilitating the building of strong, diverse businesses will ultimately support his work and that of the government in the establishment of a stronger city.