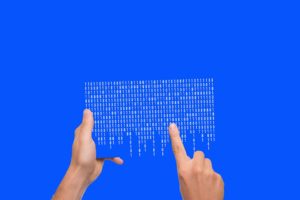 A century ago, one of the things New York City had a good reputation for was its infrastructure.  Just looking at its water tunneling and reservoir systems, one could immediately tell that there was good, solid work done on the city’s infrastructure. At the time, that was very important to quality of life and popularity of such a large, cosmopolitan city.

But the 21st century changed the way we look at infrastructure and it is unclear as to how much NYC changed with it.  Due to digitalization of the economy, building infrastructure is not the big name, but rather data infrastructure is.  And it appears that NYC is not keeping up with its Silicon Valley counterparts.

When it comes to business and corporations, New York has it all.  It gets mentioned in Fortune 500 and Forbes articles and is a hub for business development.  But when you look at the start-up industry it seems like it is just not “all that” and when comparing it to Silicon Valley it has almost been an embarrassment.

It is not all doom and gloom though.  Things do seem to be changing with their up-and-coming firms which are taking quite a chunk of the market share.  In addition there is an increasing number of startups with core technological aspects which are focused on the creation and development of enterprise infrastructure and apps that have traditionally been lacking so much in the area. And thus authors of this article believe that there is now a “changing exit environment for startups in NYC, the rise of a set of mafias which are incubating startups, and the changing culture of customers and how that is assisting NYC startups with their competition out west.”