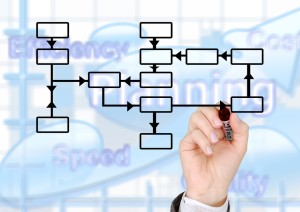 What is it like to run a business in New York? How do start-ups get off the ground there? Is it good – because it seems to be somewhat of the centrifugal place of business, or bad – because of high fiscal demands due to its location? Here are a few economically environmental issues that are worth considering.

First, New York entrepreneurs are offered a very solid environment within a broad and highly populous economy. The State also provides them with access to possibly one of the world’s most active business regions.

However, it should be noted that in comparison to other states in America, the economic growth in New York has actually been curtailed somewhat. The flip side of this though is that even with that, it still remains the third largest in America, in 2014, boasting a GDP of almost $1.4 trillion. That translates into a very generous market. Further, given that New Yorkers generally have more disposable income, they have more money to spend on things in the area – i.e., someone’s business.

Still, it should be noted that New York is probably pretty infamous for being a very expensive place to live. And that means rent. And that means steeper business expenses.

Having said that, New York State has developed a variety of tax benefits and initiatives to counter this burden, such as the ‘Startup New York,’ program offering chosen businesses a decade of tax-free conduct in selected locations. This, in addition to the recent passing of the Protecting Americans From Tax Hikes Act. This law augmented various tax provisions Congress had been in the process of renewing earlier. According to Tax Partner at Anchin, Block & Anchin L.L.P., Paul Gevertzman, “What’s ironic is that there’s very little in the PATH Act that’s new. Yet it’s fantastic for small-business owners because it does away with all the uncertainty they’ve been living with for the past few years.”