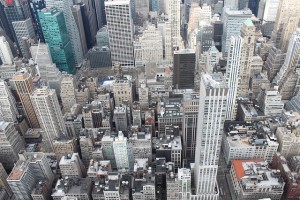 There have been a few initiatives taken recently in New York in an attempt to provide assistance to SMEs. For example, a proposal from Bill de Blasio of tax reductions for SMEs (and manufacturers), if approved, will render city levies more consistent with the rest of the state. This proposal is in large part due to the $300m revenue reduction. Should the tax base be widened (via cutting some exemptions), this will help companies and no longer require them to maintain two records – one for state, one for city – facilitating some of their bureaucratic dealings.

This move would also ultimately retain jobs in the area, “expand[ing] economic opportunity, [creating] a simpler, fairer system for all.” This would also render a further $2,000 for SMEs (on average) due to the elimination of the alternative tax base on capital, paid by the majority.

The proposed new tax code is actually first of its kind since the 1940s. a few companies may end up paying a little more, but, in general, most will pay less and thus the proposal was welcomed by business leaders around the city, that is still awaiting ultimate approval from Albany.