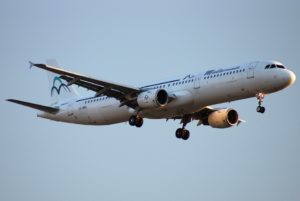 Well, one of the additional new ways they are making money is by charging for skipping the bureaucracy at airports.  Well, not exactly skipping it, but being able to “fly” through airport security rather than waiting on line for hours on end that has, in many cases, led to missed flights.

CEO of Skylark, Paul Tumpowsky, explained how some US carriers are now offering fee-based programs to assist travelers with airport security.  Tumpowsky, who heads the New York City a travel consultancy firm gave examples including: Delta Air Lines (offering a separate entrance at LAX’s Terminal 5 for Delta One business class passengers to check in via a private elevator through expedited security.

Then there is the Five Star Service program for first- and business-class customers offered by American Airlines at 12 domestic and five international airports.  Prices start at $250 for the first adult and then #75 for each additional adult.  Services include: priority security screening; curbside meet-and-greet.

Next there is JetBlue (for a much lower fee).  At a variety of domestic airports, passengers can now purchase an add on to their ticket for a mere $10.  The Even More Speed tickets gives them access to expedited security lanes.  For a comfier journey once up in the air, the additional perk is the Even More Space ticket that provides one with a roomier seat.

The expedited screening program offers passengers access to TSA precheck security lanes (if they are eligible) for a mere $85 for five years.  In this program, one does not have to remove their shoes, belts or light jackets, or remove their laptops, or liquids from their luggage.

While this is all very good news for New York travelers willing to pay the extra bucks, truthfully the problem shouldn’t really exist in the first place.  According to a recent article by the Editorial Board of AM Network, “The inability of the Transportation Security Administration to effectively and efficiently screen travelers at New York’s major airports leaves little choice but to demand that the work be done by private business… The overall airport experience is dreadful, swinging from farce to intimidation as screeners miss too many prohibited items and long lines with waits of more than 20 to 25 minutes result in missed flights.”

So perhaps rather than private companies stepping in, official government bodies should make a ruling to prevent this from being such an issue.