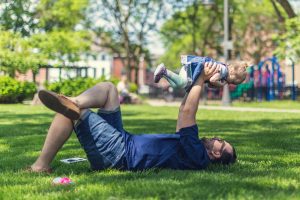 A recent study has shown that New York offers employees many advantages as compared to other states nationwide.  According to a list put out recently by Fortune Magazine, out of 100 best companies, 9 of them are in New York.  Categories in the study included:  perks, compensation, paid vacation, and more.  Companies included had at least a thousand workers.  Wegmans was considered the best place to work in New York (and was ranked Number 2 in the nationwide list).

New York is also good for workers who want to be parents and get good parental rights. One example is 34-year old father of two Rob Bralow who took paid paternity leave. The co-owner of BLVD Wine Bar is reported to feel “incredibly privileged to be able to take the time away to be with my newest family members.”

And why did he get this privilege?  At the beginning of 2018, New York was one of just a handful of states that put into law paid family leave for anyone who works for a private employer, giving “paid time off to bond with a newly born, adopted or fostered child; to care for a close relative with a serious health condition; or to assist when a military family member is deployed abroad.”

NYC is not just about the nightlife…the job culture there is pretty inviting too.