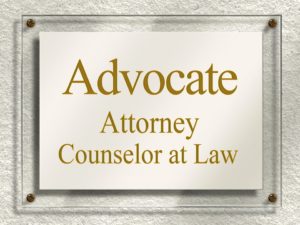 It seems that when it comes to salaries, New York is a great place for an attorney to lay his hat.  Nationwide, Zippia recently ranked them number 7. The Bureau of Labor Statistics, in conjunction with the Massachusetts Institute of Technology ranked the states with an adjustment on the average salary and the living wage.  So while lawyers in New York actually make $155,050 per annum (which is the second highest in America), due to the high cost of living the adjusted salary plummets to $132,294.

And how large are these firms? When you go to Albany, NY, the largest three firms were listed as: Whiteman Osterman & Hanna LLP with 77 attorneys, Barclay Damon LLP  with 39 attorneys and Hinman Straub P.C. with 35 attorneys.  In Rochester, according to US News & World Report Best Law Firms, the top 3 are: Abrams, Fensterman, Fensterman, Eisman, Formato, Ferrara & Wolf, LLP, Adams Bell Adams, P.C. and Barclay Damon LLP.  And in Western New York, following the merger of Damon Morey with Hiscock and Barclay, the largest upstate law firm was formed.

In other news in the law industry, technology is becoming increasingly utilized.  According to latest American Bar Association Legal Technology Survey Report as reported by Nicole Black law firms of all sizes are using more technology, with attorneys becoming more attuned to the fact that this will give their firms an edge against the competition.  For example, law practice management software is being used increasingly (with smaller law firms reporting that close to 40% are now using this and solo lawyers at 30%).

Educationally, it seems like New York is the best bet for lawyers to train too.  Indeed, listed in the top 10 law schools that teach real life music lessons, are three New York schools (taking the top 3 places), being:  the Benjamin N. Cardozo School of Law, Brooklyn Law School and Cornell Law School.

So it might not be a bad idea for those considering a career in the legal industry to look at New York for their education and jobs.