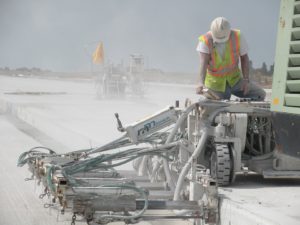 What are the best jobs to get in New York?  There are a variety of industries that seem to have job openings with good money.  We look at some of them here.

First and foremost, construction.  It always seems to be the place where there are many openings and indeed just last year, there were 147,000 jobs posted with developers looking at around 2 year delays for certain projects as there are simply not enough workers! So for those looking to retrain, construction is an area that should be considered.  And salaries are great too.  For example, members of the International Union of Operating Engineers can earn up to around $500,000 annually!  Also in the industry in demand are site safety managers (who need a decade of experience before being licensed) since there are not enough right now.  They get really high salaries too.

Moving on to the hospitality industry it was found that New Yorkers can really make a ton of money in this.  In 2017, in NYC alone it is expected that 61.8 million will visit the area, most of whom will need accommodation.  That means: bellboys, housekeepers, managers, chefs, waitresses, concierge and everything in between.  Indeed as Hospitality Talent Scouts President Frank Speranza pointed out:  “The demand for general managers [and] directors of finance, as well as food and beverage managers is incredibly high.”

For those in hi-tech there is a spot in New York for work too.  NY Tech Alliance President Erik Grimmelmann said that some of the smaller tech firms like Catchpoint Systems, Contently and xAD are often seeking talent and that the majority of people who showcase their demos at the NY Tech Meetup announces they are hiring.

Other major industries for good work include: management consultants, media and marketing and insightful data workers.

f you’re up to date on the latest technologies, you won’t have to look far to find a job, according to Erik Grimmelmann, president of the NY Tech Alliance. While younger tech firms don’t typically hire hundreds of workers at once, the city is home to more than 1,000 of them, most of which are seeking talent. Among them are Catchpoint Systems, Contently and xAD. Grimmelmann says that nearly everyone who takes the stage to showcase their demos at the monthly sold-out NY Tech Meetup announces that they’re hiring.