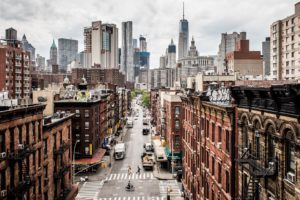 Where are the highest salaries and best working conditions in New York? We often believe that small firms are the way to go when it comes to the creation of additional jobs.  And that might be true.  But when one is seeking out the highest salaries and greater benefits, the Scale Up New York report found that the smaller-sized companies require assistance against issues that obstruct growth so that they too may be able to provide higher salaries.

The facts speak for themselves.  Firms that employ more than 500 staff members pay an average of $97,839 whereas companies with less than 20 employees pay an average of $49,041. That divergence is way too large. But what happens is, according to Executive Director of the Center for an Urban Future, Jonathan Bowles, is that “small businesses are tripped up just at the point when they try to grow.”  One example of this is how hard it is to get the loan that is often required for expansion given the diminishing number of community banks (half as many as there were in 1992).

Microsoft does not seem to have a problem with working in New York City.  But there again, that is quite the corporation.  In a recent announcement the company said it will be renting office space from WeWork for 300 of its employees in NYC.  This is so that it can give its participating MSFT employees a more flexible office arrangement as with this WeWork membership they will be able to choose from 30 different office locations around the city. As CDO of WeWork, David Fano explained, they are “making a big push into bettering our offerings for what we call ‘enterprise customers.’”