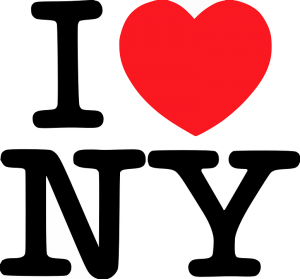 The NY Federal Government requested Cuomo’s administration to remove the ‘I Love NY’ road signs which threatened to cost taxpayers a $14 million penalty.  Now that it has been decided the campaign has finally “run its useful course,” a new tourism initiative will replace this one in time for summer.

According to a joint statement put out by Acting Transportation Commissioner Paul Karas and Thruway Authority Director Matthew Driscoll:

“Since the Governor initiated this branding effort, the number of tourists to New York State has increased by 18 percent and the direct economic impact of tourism on the State has skyrocketed by more than 20%.”

In addition, according to NYC & Co Spokesman Chris Heywood there was an increase in arrivals to NYC from the 2016 number of 60.5 million to 61.8 million in 2017.  This increase was put down to being driven “primarily by domestic U.S. tourism” (which could be put down to the I ❤️ NY signs?).

A bit further afield state officials are looking toward North County to get a tourism grant.  $13 million in capital funding has been earmarked by Cuomo to build new lodging properties in northern New York and last year a task force was set up to organize a model for successful lodging development in an effort to bolster tourism.  The money will be targeted specifically to the Thousand Islands and Adirondack regions.