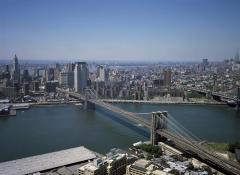 In a new effort to battle the bulge in America, the three leading soda companies – Coca Cola, PepsiCo and Snapple/Dr. Pepper – are joining forces. The commitment was made a couple of weeks ago in New York at the Clinton Global Initiative. It was welcomed wholeheartedly by President Bill Clinton who noted that sugared-soft drinks account for approximately 6 percent of the average consumer’s daily calorie intake.

The goal of these three companies is to reduce the caloric consumption of sugary drinks of Americans by 20 percent in the next 11 years. They aim to do this by expanding the market of low- and no-calorie drinks as well as smaller-volume drinks. Marketing and promotional materials will be focused on education about America’s obesity problem and how sugary drinks contribute to this.

Vis-à-vis the economics of this, sugary drinks companies shouldn’t really lose out too much. Figures put out by Beverage Digest showed that between 2000 and 2013, there was a plummet of 12 percent in the consumption of calories from sugary drinks. So it’s not new. The way soda companies responded to this (and to continue to profit) was by increasing sales of water based, low-calorie or no-calorie drinks.

If this is the way the market is going, it will not have a negative impact on US business and will rather simply enhance health in the region, by attacking obesity.