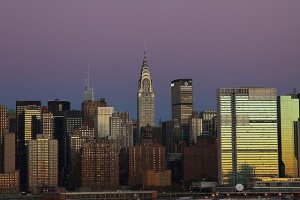 When it comes to top performing businesses in New York, real estate has always been right at the forefront. Never more so than now however, given that One57, smack bang in the center of midtown Manhattan, was just valued as “the new most expensive building in New York City as of 2015.”

Furthermore, an Upper East Side penthouse was sold for $37.9m in the summer, purchased by Glenview Capital Management hedge fund manager and founder, Larry Robbins. It seems he is not the only hedge fund manager to own such pricey properties in NYC. And CityRealty noted that this price tag was “the highest paid for any apartment on the Upper East Side, east of Third Avenue.”

In addition, according to StreetEasy, there was a 9.5 percent escalation of real estate in the borough of Manhattan in the third quarter. This has been the highest rate of growth over the last seven years.

As well as the boom in real estate in New York, according to a recent article written by Colin Moynihan in The New York Times, alongside that is art, which together make up “two of New York City’s most prominent fields.”