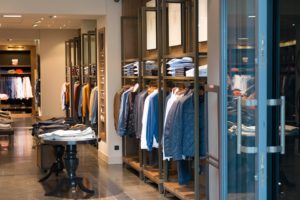 Close to a decade-and-a-half following the 9/11 abhorrent attacks, the World Trade Center mall is set to open.  With an investment of $1.4 billion from mega property developer company Westfield, the center features 365,000 square feet of retail space. Of course this is great for the NY economy, since it is anticipated that almost 15 million travelers will visit the region next year, mainly to visit the 9/11 Memorial and Museum and the 1 World Trade Center Observatory.  Indeed, as Public Relations Manager for Aldo Footwear Company, Marine Jegard noted: “A lot of people are coming here every day. It’s the location of the future.”  And as the American Westfield’s COO, William Hecht noted: “The World Trade Center is a symbol of hope, opportunity, progress and perseverance.” Furthermore, Brookfield Place – which underwent a $300 million renovation at the World Financial Center – opened in March 2015 and is also adding to a thriving New York economy.

In other mall news in the region, the sale of the North Franklin Township mall was just completed.  Kohan Retail Investment Group purchased the 16th largest mall in southwestern Pennsylvania, making it the proprietor of 19 malls now throughout a variety of American states.  It was sold for $20 million.  According to their website: “Malls are evolving, and as time goes on they are no longer just a tent to house box stores and chains, but more local small- and medium-sized businesses of all stripes. arge spaces offer opportunity for fundraising events, festivals, farmers’ markets, miniature golf, dancing, concerts, banquets, theatre, and virtually any social gathering all under one roof with protection from the elements.”

Recently Courtney Reagan spoke about how today’s mall is trying to “Amazon.com proof its stores,” by prioritizing anchor stores like Sears and J.C. Penny.  In addition, they are shifting the balance toward the opening of stores that Amazon can’t take over, focusing on industries such as: education, fitness, food, medicine and religious tenants. For example, 10 years ago, food and beverage made up a mere 5% of the mall’s retailers but today that has expanded to 30%.

So there are a lot of changes in the world of New York malls.  Mall shopping is evolving and New York is following suit.