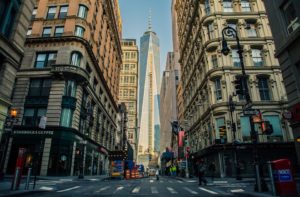 While people often steer clear from New York City and its environs for business headquarters, that might be changing.  One example is Discovery Communications, a Maryland-based operation that will be moving to Manhattan in the latter part of 2019. Having just signed on a new transaction (the purchase of Scripps Networks Interactive for $12 billion) it is seemingly now taking its business to the next level by centralizing its headquarters.

And it’s not just businesses.  Leisure is getting an upgrade too with the new Pier 17 in Lower Manhattan is looking to become one of the top summer destination spots for locals and visitors alike. The reason Executive Chef at Heinken Riverdeck David Kornell set up shop there was because he had an idea about all the people docking from the boats and ships and figured it would make a great choice for a global menu.

Right now the rest of Pier 17 remains under construction but it won’t be long until its graced with a variety of eateries and stores, including one by David Chang (founder of Momofuku) and Jean-Georges Vongerichten’s food hall.