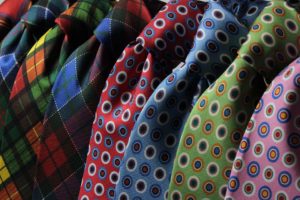 Who can forget that 1980s pop song in which Sting sang, “I’m an alien, I’m a legal alien, I’m an Englishman in New York.” Well it appears that now, almost four decades later, the oh-so-English store Drake’s is making its first presence in the Big Apple.

Drake’s – founded in 1977 by Michael Drake in London’s East End – sells its high end home-made scarves, ties, shawls and plaids to “high fashion boutiques and conservative tailoring houses,” throughout the European world. But now, it is coming to America.

It’s starting conservatively with a temporary store in NYC for an initial six months, and then, depending on sales, will be extended. Located at the old sandwich store, Olive’s, 120 Prince Street will now be the home to something quite different!

In other related news, Sears has just launched Showcase at Sears in order to bring in both European and Latin American brands to the American market. Many of these are for the first time. Zatchels and Hawes & Curtis are among the brands engaging in this. According to Apparel President at Sears Holdings, David Pastrana, what this is doing is giving Sears’ members: “access to fresh international trends, styles and fashions at an affordable price – and only found at Sears.”