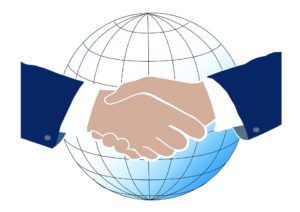 Perhaps it should not come as too much of a surprise that the Maxwell School at Syracuse University is turning out such successful alumni.  In the middle of last year, national rankings put the School of Citizenship and Public Affairs in the (shared) Number 1 position for being the “best graduate school for public affairs.”

Sonya Reines-Djivanides is one of these alumni. As the European Peacebuilding Liaison Office’s Executive Director (since 2015) and a prior Director of the Brussels Headquarters for the Search for Common Ground (SFCG), Djivanides brings to this role more than a decade of experience in conflict resolution.  She also supervised the creation and implementation of SFCG’s Track II programs.  At Syracuse, she earned her Master of Arts in International Relations.

John Berry also brings pride to the University’s alumni department.  As President of the NYC-headquartered American Australian Association, he has to ensure the organization can establish a platform for communication between executive and political leaders throughout America and Australia.  The aim is – with Berry at the helm – to “strengthen and promote economic, educational, governmental, and cultural ties between the two nations.”  Barack Obama nominated Berry to the position of US Ambassador to Australia.

Deborah Alexander – with an MSc and a PhD from Syracuse – has had the opportunity to represent her country globally.  She did this in September 2016 when she was sent on an international delegation for the purpose of observing the Duma elections that took place in Russia. Furthermore, in the regional election commission that took place in Siberia, Alexander was the only American who participated.  Alexander boasts a diplomatic career in Bosnia, Kosovo and other Eastern European regions as well as close to 10 years in service in Afghanistan following the 9/11 attacks.