Solid leadership and trust may be the most important factors for the success of a company. Take Essex Financial Services, for example, which was rocked by a company-wide crisis when its founder was accused of illegal activity and government investigations ensued. As a result, the firm lost several advisors and many customers.

To cope with the situation, Essex Financial elected Charles “Chuck” R. Cumello, Jr. to fill the role of CEO and president in John Rafal’s stead.

“We handled it the way we should,” Cumello said. “At the end of the day, this is a trust business; there is a right way and a wrong way… We navigated some rough waters, but we did what we had to do.”

Theday.com reported that “many of Cumello’s colleagues agree it was Cumello’s steady hand and insistence on transparency that earned Essex Financial their continuing trust.”

John Patrick, president and CEO if Farmington Banks, has also expressed this sentiment. The companies have a joint marketing arrangement. “Chuck kept me abreast of everything,” he said. “He’s done a terrific job considering the situation that he inherited.”

Despite its history, Essex Financial is one of the largest independent financial services companies in the state today. Patrick believes this has to do with the firm’s personal touch.

“Real people are assigned to accounts, and they require an ongoing dialogue with clients,” he said. “We don’t need somebody selling something just to get a commission… They react to the changing dynamics of clients.” 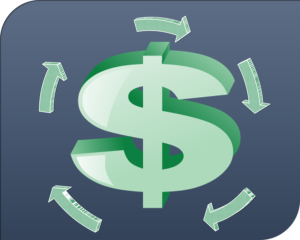 There are many avenues for securing financial advice.  For SME owners and HNWIs seeking guidance from credentialed fiscal specialists, wealth managers – and the platforms they use – are often approached.  Using these experts and their systems facilitates the process of the coordination and implementation of estate planning, investments, retail banking, legal resources, etc.

When one decides to use a service however, which one should be used?  Black Diamond® Wealth Platform has recently a very popular choice, with over 1,000 advisory firms choosing it to enhance their client experience, advance operational efficiencies, and expand with scale.  This solution has significantly assisted Essex Financial Services with their headquarters in Essex, Connecticut.  As Essex Financial CEO, Charles “Chuck” Cumello, noted:

“We can handle a broad range of client situations, from the fairly routine retirement planning and college funding aspects, all the way up to the unique needs for intergenerational wealth transfer and legacy planning of high net worth clients,” which is very useful since the company’s focus (95%) is on the Registered Investment Advisory sector.

Black Diamond® Wealth Platform has been chosen by many other firms also.  Indeed, 60% of the top 100 advisors are using it, along with 58% of the fastest growing advisory firms. Some of these include: Decker Wealth Management, Fieldpoint Private, Homerich Berg Wealth Management, Lourd Murray and Radius Wealth Management LLC.