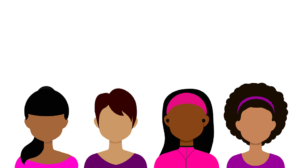 Thanks to the generosity of the city, New York’s women and minority sector business (MWBE’s)  owners could be the recipient of part of the city contracts that have been pigeonholed for these groups from the City.

In an unprecedented move, a staggering $1 billion+ is being given over to these groups.  That figure is over double of what was allocated for the entire 2017 fiscal year (which was $400 million in 2015 and $700 million last year).

According to a recent report compiled by the New York City Bar Association, NYC law firms have a large presence of women and those from racial/ethnic minorities in key positions too.  There has been a steady increase since 2015 of those who hold positions on management committees in law firms.

Furthermore, NYC has established its $10 million contract financing loan fund with a focus on MWBEs. Those who apply to borrow the money have to have already secured (or are pursuing) a contract/subcontractor on a city-funded project and be a for-profit company. The industry of the MWBE does not impact eligibility as long as their product/service is purchased by the city.  The contract is the loan’s collateral.