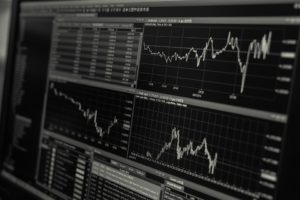 Eighteen months ago, finance experts believed the hedge fund industry was losing power as a global player in the finance world.  So much so that according to Tabby Kinder, the Hedge Fund Standards Board was “debating a name change in an effort to distance itself from a term that [had] become increasingly contentious.”

But that was last year. A lot can change in 12 months and today the hedge fund industry is bouncing back.  Rob Copeland wrote in a WSJ article:

Looking more closely at the winners in this hedge fund revitalization we see New York hedge fund Brahman Capital.  Copeland explains the story of Brahman Capital Corp’s rise of its “big bet on hedge-fund favorite Valeant Pharmaceuticals” that initially plummeted, resulting in Brahman’s own fall with investors taking their money out.  But then Brahman came back, selling the stock “and with what is now $3.8 billion of remaining cash pivoted to new ideas…[Today], Brahman’s main fund is up 17%.”

Copeland’s conclusion that “the gloom that had beset hedge funds [a couple of years ago] is [now] lifting and even giving way to outright optimism.”  Indeed, according to Pacific Alternative Asset Management Co partner Alper Ince, “it just feels better” and if Brahman Capital’s example is anything to go by, Ince’s words lead us to believe that the reality of hedge funds today is closer to revitalization than a near demise.