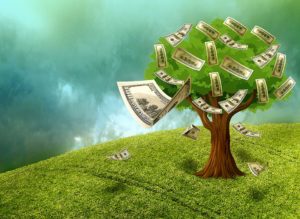 How do small businesses start and thrive in NYC?  Bureaucracy and taxes can put quite a strain on even the most established businesses, so what about those that are just starting out?  What makes the people behind them even try because a lot of them do, given that they account for 48 percent of the private workforce, along with, 74% of new private-sector jobs since 2008, and 99.7% of all U.S. businesses.

Some of the issues they have to confront include: challenges getting finance; limited access to credit and bureaucratic time-consuming hurdles.  One idea (posed by an Op-Ed in Crain’s New York Business by Carolyn B. Maloney) is to acquiesce additional funding for the Community Development Financial Institutions Fund (CDFI), an oft-overlooked federal program that help finance businesses in underserved communities.

This now could become very helpful.  Just three weeks ago, the CDFI committed to giving a large amount of tax credits (known as New Markets Tax Credits – NMTC), to investors that focused on job creation and other economic boosters in regions most susceptible to poverty. The total of this amounted to $7 billion; more than half of that is being earmarked for urban areas.

Furthermore, at the end of last month the United States Department of Treasury CDFI Fund awarded the CDFI $65 million in NMTC which will be used for the financing of a variety of assistances including small business  loans throughout the nation.