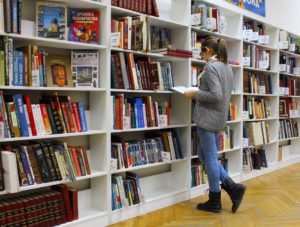 Additional reporters are being hired in Fox News’s New York office, as a response to the increase in need in the digital journalism field. 1211 Avenue of the Americas in Manhattan will undergo some reconstruction to accommodate this.  one floor at the Newsroom’s headquarters will become open-space for journalists, bringing them up from the basement.  This will result in editors and reporters being “brought out into the open” as it were.

According to Rupert Murdoch the initiative represents a “major investment in the future of FOX News,” adding that it indicates his personal “unwavering confidence” in the company.  Any kind of current internal politics that is being discussed (such as the ousting of FOX News’ co-founder and chairman Roger Ailes) is therefore not an issue, with this action.

Meanwhile, at the Yonkers Public Library renovations are set to begin.  A while ago it was realized that the project had to be undertaken, given the fact that concrete panels were really falling apart – something that had two-to-three decades in the making – and were now posing a safety threat! Work is now slated to begin on this by the summer; the focal part being the front of the building and part of the southern side – in the children’s library.  Phase two will require a borrowing from the city of $2.4 million, required for the building’s north and back sections.