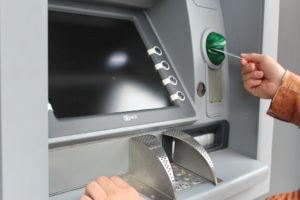 Fees seem to be disproportionately high for New York’s ATM users.  Indeed, New Yorkers are encountering the second highest average out-of-network fees in a recent Bankrate.com survey conducted among 25 major metropolitan regions.  In 2016 they ranked number 6; and now it has worsened, given that per transaction the fee has elevated to an average of $5.14 (from $4.86).

One explanation of this came from CEO and President of the Cooperate Credit Union Association, Paul Gentile who said:

“No offense, but the big banks dominate the New York City footprint — and they have some of the biggest fees. New York is also one of the most expensive cities in the country, so some people are more willing to pay ATM fees there, compared to other locations, like the Midwest.”

New York is not alone in over-exorbitant ATM machine fees though.  The same survey found that they have increased over 50% in the last decade, nationwide.  The average has increased $3.03 per transaction since 2007.