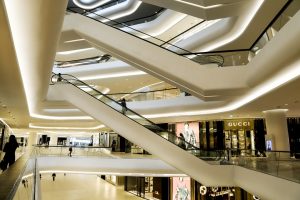 It seems like January is the time to come to New York.  At least according to British journalist Graham Boynton who writes in The Daily Mail.  Even though one might initially be put off by the weather there at this time of year, actually the skies can be bright blue and one would thus be able to take a beautiful stroll around Central Park.

As for the rest of the time, January really does seem to be the time to travel to New York.  With cheaper flights thanks to companies like Aer Lingus (offering substantial discounts on flights to the US, reducing prices on 3 million seats), and British Airways (£386 return) what better time to use those savings than with New York’s January sales?

The madness of December (Christmas and New Year’s) has abated and the streets and stores are pretty calm.  For retailers this is great as stores are desperately trying to lure customers in rather than sit home by the fireplace.  There are bargains galore in all the traditional haunts like Barneys, Bloomingdales and Madison Avenue.  Even if you don’t want to brave the weather you can enjoy the sales online from the comfort of your (reduce price) hotel room. There are many name brands that will pick up returns the next day if it’s not quite to your liking.

Of course, if you are going to travel to New York for some bargain hunting, be sure to take advantage of Broadway Week (Jan 16- Feb 14) which offers two-for-one ticket deals for many of the major shows.   And restaurants that are usually packed to the brim in December suddenly become very readily available for bookings and possible discounts too.