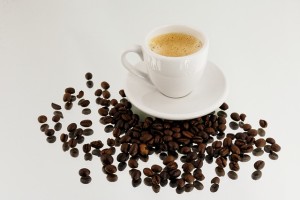 Truthfully, with the right smarts and the perfect timing, and perhaps a bit of financial backing, one can make a successful business out of anything. And perhaps that is why Cups is thriving.

Everyone loves coffee, right? That is what Gilead Rotem, co-founder and CMO of the firm, figured when he launched Cups back in September 2012. CUPS is basically a subscription-based coffee app that allows independent coffee shops to compete with the big bucks, aka, Starbucks, etc. to get coffee rewards.

This is particularly good for a city such as New York City. Today New York lovers of coffee are not just restricted to Starbucks for their cuppa joe. No, indeed, thanks to CUPS their cup is overflowing with possibilities as it were. Nitro brews, mochas with artisanal chocolate, pour-overs and matcha lattes to name but a few can be found at a whole array of coffee stores in the city that work with the app so one does not need to break the bank while sipping their drink of choice.

In terms of business, CUPS is actually representative of a valuable marketing platform. As Rotem noted, “it’s a chance to get discovered in the city, and get more customers coming in,” based on experience of CUPS that’s user base has quadrupled over the past three months. Today it has tens of thousands of customers.

CUPS pays the coffee store a percentage of the listed price on every beverage ordered. So while store owners may lose a very small margin on sales, the added amount of customers make up for it…and more.

CUPS is based on a similar model to ClassPass. ClassPass – first called DabbleNYC – originated in New York in 2014. Initially a startup with seed funding of $2m, today it is valued at over $200m.