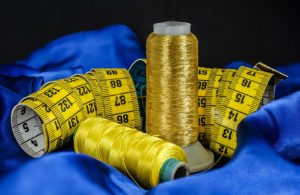 Historically, New York was the place to be when it came to the making of clothing. And given that NYC is still home to one of the world’s most prestigious fashion centers (with the Garment Center at its heart, in Manhattan) wouldn’t it make sense for the garment-making to take place there as well?  Because current figures are suggesting that is not the case.  For example, a Queen’s College Census Data Report found that in 2015, around 23,000 employees over 16 worked making apparel, accessories and finished textile products.  But if you look back to 1950 that figure was 323,669.  By the year 2000 that had dropped to 59,049 but now it’s dropping even more.

Given this, over the last few years, the city of New York has undertaken a variety of initiatives to change the balance. One example of this is the partnership that was formed between the Council of Fashion Designers of America and the NYCEDC (New York’s main City’s main generator for economic development).  Launched in 2013 with $6m, this public-private partnership program was established to bolster local fashion manufacturing and endorse inclusive economic growth throughout the City’s fashion sector which was set up to “support local fashion manufacturing and promote inclusive economic growth.”

And it has done it.  It has given 19 companies grants totaling $1.8 million to pay for technologies that help cut costs and maximize output. Some of the recipients since 2013 have included: Design Incubator, Dye-Namix, Dynotex, New York Embroidery Studio, Oomaru Seisakusho 2, Rainbow Leather, Sunrise Studio, Create-a-Marker, High Production, In Style USA and Martin Greenfield Clothiers.