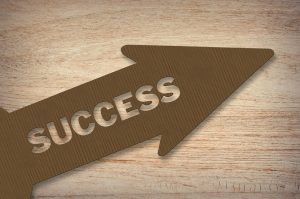 According to Founder and CEO of BlackRock Laurence D. Fink, companies “need to do more than make profits.”  To get the support of BlackRock, they will have to “contribute to society as well.”   He added:  “Society is demanding that companies, both public and private, serve a social purpose. To prosper over time, every company must not only deliver financial performance, but also show how it makes a positive contribution to society.”

Fink added that governments have to start preparing for the future, with a special emphasis on retirement, infrastructure, automation and worker retraining.

Apparently this works both ways.  In a recent video in Entrepreneur, contributor Greg Rollett argued that: “The entrepreneurs who find massive success are the ones who are part of communities that encourage them, help them and give them an edge.”

When looking at Dime Community Bank, it seems that this advice has already been implemented.  Given that the NY-headquartered-company, has 400+ employees, providing service throughout NYC’s five boroughs, as well as the surrounding metropolitan area in 28 communities and neighborhoods. Dime’s Board of Directors asserted that it seeks to “get the tax savings back into the economy while acting in the best interests of all of Dime’s stakeholders.”  As such, it intends to engage in the following activities to stimulate economic growth.

These include: establishment of jobs, review of corporate policies and practices, paying $1,000 bonus to all non-executive employees, the institution of a Corporate Matching Gift program, continuation of the #dimesgiveback social media campaign.