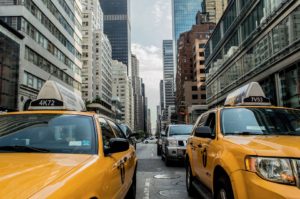 New York City is getting a New (York) City.  At the end of May, a ribbon cutting ceremony took place at the first tower over Hudson Yards – an entire neighborhood smack, bang in the middle of Manhattan.

An endeavor taken on jointly by Bloomberg, Stephen Ros (of Rleated Cos.) and the previous Mayor (Michael Bloomberg), billions of dollars went into  his project that began 10 years ago.  Former deputy Mayor Dan Dotoroff should also be thanked.

It began with Bloomberg’s plan to rezone the Far West Side for mixed commercial and residential use, financing a way for the MTA to extend the 7 line, providing easier access to the rest of the city. The establishment of what some are calling “the largest private real-estate development in US history” should be finished in 2025.

And of course, this is going to result in some additional 55,000 jobs. It will also comprise 28 acres filled with homes, parks and stores and will be occupied by 125,000 residents, etc.  For companies wishing to move to the new area, they will have 10 million square feet of office space from which to choose. Some big names have already signed up such as: Coach Inc., L’Oreal and The Boston Consulting Group and in the future CNN, HBO and TimeWarner are lined up.

This is fantastic news for NYC’s economy.  According to an Appleseed study, it is thought that a staggering $18.9 billion will be contributed to the economy PER YEAR by 2025, with activity comprising 2.5% of NYC’s GDP, yielding $500m in taxes per annum. What’s even more incredible is that until now, this area was pretty much not even used, comprising empty industrial spaces and railroad yards.

And if that wasn’t enough to get New Yorkers happy it seems that Americans are not the only ones seeing the potential of NYC investment. According to president of Stribling & Associates, Elizabeth Ann Stribling-Kivlan (who spoke at The Real Deal’s New York Real Estate Showcase and Forum recently) “Buyers from India and Singapore — countries with a growing middle class — see New York as a solid investment opportunity… They see it as a really good place to park their money.” One of the panelists present, Raphael De Niro of Elliman, echoed this sentiment when he said that “New York “makes sense” for Indian investors who speak English but are priced out of the overheated London market, where they may not find properties between $1 million and $3 million.”

So New York is clearly becoming a recipient of some big monies.