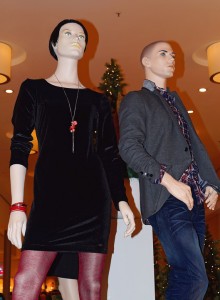 Since winter seems not to have arrived at its set time, department stores such as Macys and Nordstroms are feeling the burn. When they normally have shoppers lining up to try on their insulated boots and thermal coats, now the stores are empty. In the first half of December for example, Planalytics found that sales of women’s boots dropped by a staggering 24 percent in New York.

Because truthfully, who wants to be trying on winter attire in 65 degree heat?

Indeed, as CEO at The Gap, Art Peck pointed out, “October was the warmest October ever.” And he should know as The Gap reported a 3 percent decline in net sales in the third quarter.

However, this phenomenon has not spread to other consumer shopping patterns. At the start of the holiday shopping season in November, it was said that there was “enough momentum in the economy for the Federal Reserve to raise interest rates next week for the first time in nearly a decade.”

According to a US economist at Capital Economics, Steve Murphy, “it dismisses any concerns of a potential slump in household spending after some weakness in the last few months. Not that there is much doubt any more, but this supports the case for a rate hike by the Fed next week.” Even though there was a drop in consumer spending in September and October, now things are looking up, partly due to improved income prospects.

In addition to this, attitudes of consumers to buying major household items, “were the strongest since 2005,” although automobile purchasing-attitude did not follow suit.

These figures indicate that the Fed will raise its benchmark form near zero, something that hasn’t occurred since June 2006.