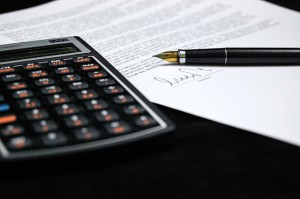 What is it like living in New York, when it comes to running a business? How do people feel about setting up and managing companies in New York, as compared to other states around the nation. Forbes every year, conducts an analysis entitled Best States for Business. In 2015, New York ranked at Number 29. While this number doesn’t seem too bad (out of all 50 states) it’s not really that great considering it came in at No. 19 last year.

So why is New York not doing so great? What has happened this year that has made the city not the most preferred option for businesses?  Well it seems that people are still interested in starting their business in New York. According to the New York State Empire State Development, “Small businesses are the heart of the American economy, comprising 98 percent of all businesses in New York and employing more than half of New York’s private sector workforce.” In addition, according to data from the US Census Bureau, “revenue for New York-based businesses is over $1.1 million” on average per year. furthermore, according to an article written a few months ago in Nerd Wallet, “There have been significant job gains in New York over the past year in areas such as educational and health services, professional and business services, trade, transportation and utilities, as well as construction. The unemployment rate remains at its lowest level since August 2008, according to state officials.”

So this result from Forbes is somewhat surprising. Especially since the article in which it was recorded also stated “If New York were a country, the state’s $1.4 trillion dollar economy would be the 14th largest in the world after South Korea.” There are also many incentives for New York businesses, such as those which hail from: Business First Resource Center, StartUpNY, etc.

The problem is tax costs. According to Forbes, New York fared worst in tax prices, coming out at number 50 (the last) being 42% above the national average. Union workforce was also the worst ranking, at 24.6%.

So there are good and bad features about opening a business in New York. And of course, the ‘cool’ factor of owning a successful start up in New York should never be overlooked.