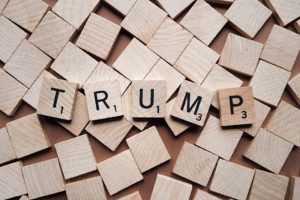 At one point there was some anticipation in loss of revenue in tourism due to the Presidential election (and the resulting anti-immigrant rhetoric). That has been eliminated and replaced with what people are terming the “Trump Bump” as tourism-related revenues have increased this year compared to the same period in 2016.

Indeed, if you look at the latest report from the U.S. Travel Association’s Travel Trends Index, there was a 6.6 percent growth in international travel to America in April and 5 percent growth in May compared with the same months last year. In addition, STR (hotel tracking industry) ’s senior VP Jan Freitag said that the first five months of 2017 witnessed higher hotel occupancy “than ever before.” And there has been no deceleration in US meetings/events recorded by AMEX Meetings & Events.

New York will, no matter what, always be an icon and a place people from around the world will flock to visit.  Clearly the alleged Trump Trauma has not put a damper on that.