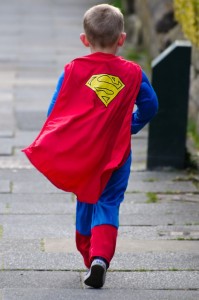 While the annual Comics Convention in New York – which began in 2005 – is a cultural event, since it is so well-attended it can also now be seen as an economic event for the city.

This year it is expected that over 150,000 people and 850 companies will come to the event, being held at the Javits Center, with planned screenings for shows like X-Files and The Walking Dead.

Moreover, there is a $5,000 cash prize awarded to the winner of the NYCC Eastern Championships of Cosplay.

One reason this event is getting so much business is because movies are becoming bigger business. In 2006 only two movies were based on comic books but just eight years later that figure had jumped to six. Much of this increase has been attributed to the acquisition of Marvel, for which Walt Disney paid $4bn in 2009.

Comic Con is getting so popular that even superstars feel the need to attend as well.