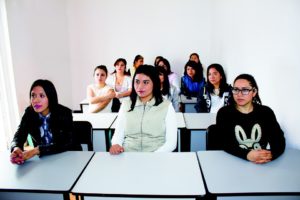 Two days ago New York college students were given the opportunity to apply for the state’s free tuition plan.  With the Excelsior Scholarship (approved by the New York State Higher Education Services Corporation Board of Trustees), this initiative was developed by Gov. Andrew Cuomo.

So who is eligible?  Full-time (in state) students whose family-earnings are $125,000 or less.  They will have their tuition completely covered at state universities.  This will mean that they will just be left paying for room, board and other expenses. Another condition of the scholarship is for students to live in New York for as many years as they received the benefit thereafter.

Should they renege on that, they would have to repay the scholarship from the city in which they are working. The only recipients who would not be expected to do so would be those in “cases of extreme hardship” or military service members and students with a disability.

Recipients also must remain in New York for as many years as they received the benefit and repay the money as a loan if they take a job elsewhere.