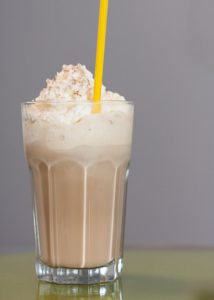 When the weather starts heating up and the summer months arrive, how does this impact small business owners?  What kind of changes – if any – do businesses implement in the New York area come June?

The feeling is most notably there at Gregorys Coffee.  Owner of the New York coffee place Gregory Zamfotis speaks about the difference in purchase choices between the seasons.  He explained that in the beginning of May he starts to follow the weather forecast and thereafter email his store leaders. Why?  Because according to Zamfotis’ estimation, most of the year, the coffee sold is split 75 percent (hot) and 25 percent (iced).  Come iced-coffee season, the numbers almost completely do a 180 with 65 percent (iced) and 35 percent (hot); changed which can occur literally overnight.  As he explains: “You don’t want to get caught and run out by 9 a.m.,” which is a real possibility since they only use cold-brewed coffee to make their iced coffee – a process which takes 12 hours.  With this “smooth, round and lush” drink that is the result of this long-process, at the peak of the season, Zamfotis believes he sells around 10,000 servings daily!  And there is no way to rush the cold brew process so anticipation of weather changes is crucial.

Penn Station commuters might not be thrilled about the upcoming summer months due to the recent announcement by Amtrak of its summertime service changes (read: reductions) for extensive repairs following the report of derailments and other delays.  It is anticipated that three out of the station’s 21 tracks will be closed (alternately) for around seven weeks come  July. The work was ordered after two recent derailments and numerous other delays. It’ll be the New York commuters most impacted due to the reduction in service between NY/Washington, D.C., (Northeast Regional line) and commuters using the New York/Harrisburg, PA (Keystone service). These will impact commuters from July 10 to September 1, 2017.

In conjunction with IMPACT Melanoma and Bright Guard, NYC Parks is installing 100 sunscreen dispensers in the parks.  As a protective measure, this pilot program will enable sun lovers to protect themselves from the sun’s rays with each dispenser holding 1,000 liters of SPF 30 sunscreen.  Beaches in Brooklyn, the Bronx, Queens and Staten Island have already received such dispensers.  As IMPACT Melanoma Executive Director Deb Girard said:  “We are thrilled to expand on our highly successful program across the country and continue to offer sunscreen units for public and private distribution throughout the country, NYC is an exciting place for us to bring sunscreen.  We hope sunscreen dispensers will become as commonplace as hand sanitizers over the next few years.”