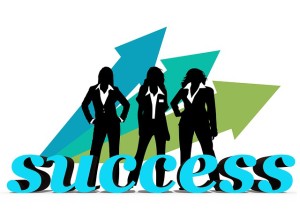 They all have different tips for developing, maintaining and growing a business. For example, Firtell – who managed to survive the crash – found new clients, persuaded them to pay up earlier and thus managed her cash flow issues. Cenni pointed out the importance of knowing your client so well that they will turn to you for all different types of work since one of the fastest growing parts of the economy is freelance/project work.

According to Elting, it is crucial that as a business person, one is able to move with the times and respond to change quickly, and with ease. Once a client sees you can do that they will trust you with all sorts of projects.

What might be of note is that today, many women who have risen to the top are actually helping others do the same. Historically this was not the case at all. It was believed that it was so hard for women to get to the top, helping others might just be detrimental to their success. Now they are recommending them, recruiting them and going in together to make deals. This is something that men have always done. An example of this was when Maggie Wilderotter found the best deal-makers to ensure the acquisition would transpire which resulted in the doubling of the size of Frontier Communications.