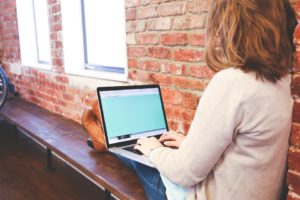 Ten female entrepreneurs will be receiving a $10,000 business grant.  They received the highest amount of the 40,000 online votes and were chosen from a pool of over 500 women.  These individuals will also get the opportunity to compete for receiving a $100,000 investment.  Judges will include: Tory Burch, Anne Fulenwider, Sallie Krawcheck and others. These 10 women will also become ambassadors for female entrepreneurs nationwide.

The women, in alphabetical order are:

Given this news, it is thus quite disconcerting to learn that in some business sectors, it is very much felt that it is “still a man’s world.” In a recent New York Times article written by Sydney Ember, accusations brought at the J. Walter Thompson agency lawsuit regarding racist and sexist behavior from the firm’s CEO “brought to the surface what women in the industry had talked about for years: that more than half a century after the “Mad Men” era, gender bias, while often unspoken or acknowledged, continues to affect how they are treated at work, whom they interact with and what positions they hold.”

This issue seems to be particularly true in the advertising sector despite the fact that half of advertising employees are female.  Women in the industry feel it is still very much a “white male world” and that they will get passed up or dismissed at work.

So things are changing for women in business in America…especially it seems in the New York region.