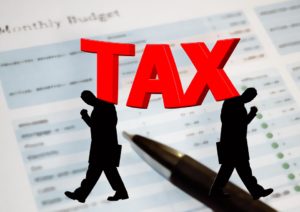 Should a proposed legislation go ahead in New York, the country’s bigwigs could soon be forced to publicize their state tax returns.

The Tax Returns Uniformly Made Public Act (aka appropriately nicknamed the TRUMP Act) — would require the state to publicly post state tax returns of anyone elected in a statewide election to federal or state office.  The data would then be available to everyone online.

Senator Brad Hoylman (who sponsored the bill) also introduced another bill which would mean New Yorkers on a statewide ballot would have to release their federal tax returns as well.  Hoylman believes that “New York has the responsibility to ensure that voters know if presidential candidates have potential conflicts of interest before they cast their ballot.”