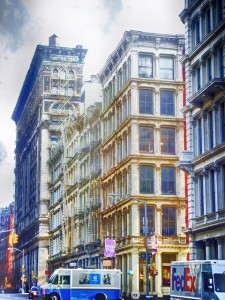 For years it has been known that there is a housing shortage in New York City. This inevitably escalates prices, making the city really unaffordable to many. So what is the solution? One current idea hails from My Micro NY that is attempting to build small prefabricated units, that will ultimately line downtown Manhattan. Smaller than the standard studios they will measure between 250 to 350 square feet and will be suitable for one to two people.

Even though there already exists many small apartments in NYC, this is something different. The above-mentioned units are so small that the project was given a one-time exemption from city zoning codes, making the construction possible. Approximately 40 percent of the 10-story construction will be designated affordable housing. As Tobias Oriwol of Monadnock Development pointed out:

“The whole point is making studios affordable to people who right now would be living in a converted or shared situation, which they wouldn’t do if they could afford to live elsewhere. This is another housing type that should be offered to people in New York City.”

This venture is indeed something Mayor Blasio is behind. He has recognised the “crisis of affordability” in the city and his response has been 200,000 affordable units over the next 10 years. He believes that “affordable housing is part of the bedrock of what makes New York City work. “ Thus his plan is to “support New Yorkers with a range of incomes, from the very lowest to those in the middle class.”

My Micro NY is doing exactly that…good for them!