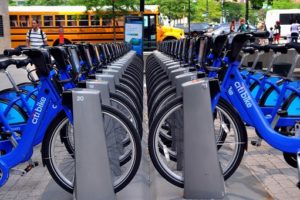 By committing to change, clean transportation can become a reality. 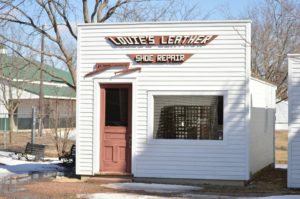 New York, like many big cities, has experienced this trend. Rising real estate costs have driven out many small business owners. As these stores vanish, they often take personal histories with them.

One NY couple, Karla and James Murray, have been documenting this evolution through a project titled Store Front: The Disappearing Face of New York City. This couple have compiled pictures and interviews of mom and pop stores since the 1990s.

“And sadly in 2018, it’s over 80 percent that are closed now that are included in the book,” Karla says sadly.

The couple have also created a sculptural installation of mom and pop stores inside Seward Park in NYC.

Other New Yorkers, who develop friendly connections with personnel at larger chain stores, are unfazed by this phenomenon. “Some franchising gets a bad rap, but that person is still a small-business owner,” said John Armstrong, the owner of the franchising consulting firm FranNet of New York City. “They’re still putting in their capital, time and effort — they’re just going a different route.”