At the beginning of the COVID-19 crisis in New York, the summer youth job program was canceled.  Now however, some lawmakers in the region are asking for it to be re-instated.  According to Justin Brannan, a  member of the city council:

“Budget cuts will be an unfortunate reality this year, but when we’re talking about 75,000 youth and their families who will lose this opportunity, we need to get creative and figure it out. I  think a public-private partnership here would make a lot of sense.”

President of Partnership for NYC Kathryn Wylde, pointed out that it was not likely the large amount of individuals hoping for job placements in the summer would be getting them.  This will not happen until the economic recovery from COVID-19 is much more in place.  While there are some potential virtual internships, many jobs have to be done in-house.  And, given the other challenges that New York is encountering, it is unlikely the summer youth job placements will become top priority.

If approved by the New York City Council, the Dangerous Vehicle Abatement Program will potentially put an end to dangerous motorists.  Any vehicle that gets at 15 local speed camera tickets or five red light camera tickets within the space of the year will be penalized by having to sign up for a driver safety course.  Failing to do so will result in their vehicle being impounded.

Currently, drivers who receive automated camera tickets do not thereafter get points on their license.  With this Bill, increased accountability will be put in place.  According to sponsor of the Bill, Council Brad Lander:

“We’ve done a lot of work to try to address the carnage that were too often see on our streets. We’re focusing on the most reckless drivers based on this camera data that we have. Nobody else in the country is doing it and the responsibility to do it in a smart way that works is high. I’d like to say let’s take everybody’s car away and then no one would get killed in traffic crashes. We hit the spot we believe that the program can be and will be run effectively.”

New York has long been an area where laws are implemented to enhance driver, passenger and pedestrian safety.  For example, in 2001 New York was the first state to outlaw the use of cellphones while driving. But with constant fluctuations in infrastructure, building works and mass congestion there are always issues with keeping New Yorkers on the road safe. This new Bill could make some dents in that issue. 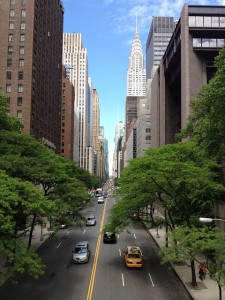 The New York City Council just passed a law forbidding private sector employers from asking job applicants if they have been convicted of a crime via the Fair Chance Act. While this has been supported by the Mayor, businesses are less than enthusiastic. The Partnership for New York said the bill favors “ideology over practicality.”

Meanwhile, the New York job market is actually thriving. According to numbers from the State Department of Labor, the state increased its private sector jobs by 126,200 from April 2014 to April 2015. It hasn’t affected the overall unemployment rate, during the same time frame which is at its lowest since 2008.

Still, the question is, who in New York is actually taking these jobs, and, perhaps more worryingly, who is not getting the jobs? Is this to do with discrimination?   Really one could argue that the additional jobs in the New York state area are more connected to a stabilizing economy as opposed to fairer equal opportunities.

There again if one is looking for a job, there might still be a vacancy left by Foster Huntington who quit his job in New York in the fashion industry to go live in a childhood fantasy-tree house, on land his real estate parents had bought years ago.

And for those who are really prepared to work and don’t mind what they do, perhaps they should look into a job in the fast food industry, where the number of workers increased 87% between 2010 and 2014.

There’s always work to be had, if someone wants it bad enough. It’s unclear if this law is necessary.