While sometimes loans are necessary and just a part of everyday living (one example being for a mortgage), sometimes they can be incredibly overwhelming.  This has become the situation with many taxi drivers in New York City.

In an endeavor to facilitate this situation, a panel of individuals has been appointed by the New York City Council.  A bailout for the many taxi drivers who have been exploited by loans is being proposed.  The price tag could potentially hit $500m with a new partnership made up of public officials and private individuals who would take on the debt that cab drivers have which they used to buy their own cabs. Many of them fell into the category of immigrants who wanted to find a way to make money when they first came. According to City Council speaker Corey Johnson:

“We know that folks in this industry have suffered tremendously. I’m really excited that after six months of painstaking work and effort, the task force is going to be releasing a variety of recommendations that we think could stabilize the industry, plan for the future and help alleviate the suffering.”

Cab drivers aren’t the only New Yorkers who have been overwhelmed by loans.  But earlier this month a very old student debt was just reversed in New York Bankruptcy Court. The argument used by the lawyer in the case was the enormity of the debt that was too unrealistic to be paid.

New Yorkers are currently facing a strong job market.  According to a recent Fed report published by the Center for Microeconomic Data, lower income workers are increasingly meeting with the opportunity to leave their current positions as better jobs are coming up.  This rate is higher than it has been in five years.

In addition, CareerBuilder Chief People Officer Michelle Armer believes this trend is “unsurprising” given the current job climate and opportunities that exist.  Further, she refers to a study that predicted an increase of 3.1 million low-wage jobs from now until 2023, giving individuals the ability to look around and not necessarily accept the first job offer that comes their way.  As well as wages, there are benefits and other perks that could sway one to take a different job.

Industries ebb and flow with how they generate income.  The two sectors we will focus on here are: beer and fitness.  They are currently providing New Yorkers with jobs and the economy with wealth.

It seems that beer is good business.  At least in New York.  The industry’s growth has been so impressive that last year a staggering $3.5 billion was generated in “direct economic impact, through beer production, sales and the operation of brewery tasting rooms” according to a report undertaken by John Dunham and Associates (JDA).

More than the revenue is the job market.  The industry in New York alone is giving 11,000 people jobs, equaling $722 million in salaries.  In fact, it’s estimated that without a trace of the beer industry, 20,000 jobs wouldn’t exist.  Add this to the mix  and the value generated by the beer industry was $5.4 billion for 2018. And that doesn’t even include the $1.1 billion that comes from the purchase of supplies, marketing, sales, etc. It’s a big industry.

Fitness has long been a growing industry.  New Yorkers are not alone in their love of the fitness industry.  In fact sometimes it seems that every other week there is a new class or fitness factory.  Throughout America, according to the International Health, Racquet & Sportsclub Association (IHRSA), there is at least a 3 to 4 percent annual increase within the industry and around 20% of US adults have a fitness club membership. According to Statista, US consumers are spending $30 billion per year on gym memberships.

Looking into New York’s East Village we find the growth of Crunch Fitness.  The firm opened its doors over three decades ago and since then has expanded significantly.  With an app that syncs with the Apple Watch, over 100 online workouts for those who want to stay home and 25,000 square feet for those who want to actually go to the gym, this seems to be an example of how seriously New Yorkers take their workouts.

It seems Mayor de Blasio wants to fight for more rights for New York City workers, in particular, for paid vacation.  He is attempting to make New York the first US state to “require private businesses to provide time off with pay.”

Some small business owners in the region are not in favor of this, especially given the additional strain the increased minimum wage has put on them.  If the proposal becomes law, business owners would be forced to give their full time employees a minimum of 10 paid vacation days a year; a number that would be pro-rated for part-time employees.  This would be in addition to paid sick leave.

While some business owners would like to do this, they claim it is just not realistic and that the Mayor is not looking out for SME owners to help them “make ends meet.”

Meanwhile around 150 people are set to lose their jobs altogether as AT&T closes its Syracuse call center.  The center is moving to Orange Park, Florida where lower wages will be paid.  According to the Communications Workers of America Union, approximately 50 people have accepted the transfers, leaving 100 without work.  So now union workers are calling upon the Save NY Call Center Jobs Coalition to pass a bill to require NY call center operators to inform the Department of Labor should they move 30 percent or more of their workers out of the state.  Should they still go ahead, they would not be privy to any state benefits for five years.

In this recent Forbes article, an expert panel spoke to eight Forbes New York Business Council members “to share their most effective tactics for getting their company noticed and started on the path toward success.” 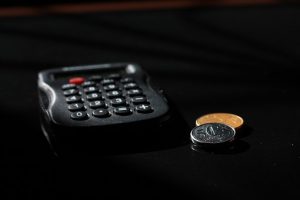 Most New Yorker’s appreciate the increase in minimum wage.

Since 2016, minimum wage has been rising, from $9.70 an hour to a projected increase of $15 an hour by 2021. The rise in minimum wage means that employees can maintain a better standard of living.

“New York proudly set an example for the nation by raising the minimum wage to $15,” said Governor Andrew Cuomo said in a statement. “The fight for economic justice for our working families continues, and we won’t stop until every New Yorker is paid the fair wages they deserve.”

However, some New Yorker’s are concerned that the increase in minimum wage means that employees will reduce their hours. Small business owners with limited budgets may find themselves unable to pay their employees.

Most New Yorker’s, however, are greeting the change in minimum wage optimistically. 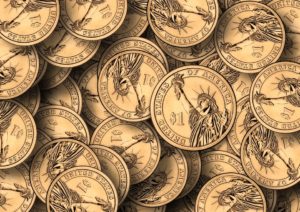 While people believe that living in New York can be crippling due to its expense, a recent article in Work at Home Adventures presented the Top 12 Ways to Earn Money Fast in New York City.

If you’re fascinated by the hype and pace of NYC, why not remove your clothes and become an art model?  Making between $20-30 an hour there seems to be no shortage of opportunities for those comfortable in their bodies and “unafraid to pose in front of strangers.” 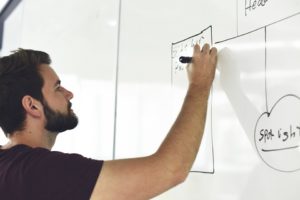 April 29-May 5 is National Small Business Week 2018. But it actually started earlier.  One event was held on August 27 – #SmallBusinessWeek Hackathon at the Ronald Reagan Building on Pennsylvania Avenue, Washington, DC.  Those in attendance received assistance from third party companies and the federal government.

The idea behind National Small Business Week is to “encourage all New Yorkers to support local small businesses.”  There are 530,000+ small business owners around New York, comprising 98 percent of all businesses, employing over 3 million individuals – 40 percent of New York’s private sector workforce.

“Small businesses are vital to the economic tapestry of our great state, and the Department of Labor is proud to support them through the many services we offer to help them with everything from finding employees to applying for tax credits and incentives.”

While this video was produced a year ago by the NY Department of State, its useful resources and information are still relevant for those in New York looking to start a business in the region. 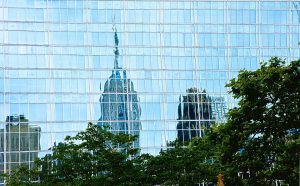 Rather than moving away from New York to beat high overheads and rentals, it looks like some companies are moving in.  A whole slew of IT jobs with Estée Lauder Companies Inc. are being moved from Melville to new offices in Long Island City, Queens. The company’s “new technology hub” is set to open in July 2018 at 1 Queens Plaza North and will open in July.

In more good news for those in Queens, some believe that the Tax Cuts and Job Act will be beneficial for them…and not just the large corporations.  One native, Tom Clarke, a franchisee of Arby’s and Burger Kings, called the new law a “phenomenal thing,” resulting in his workers getting an additional $40-50 increase in their biweekly paychecks.  That’s really money in the pocket which, until the law would go directly to “government coffers.”